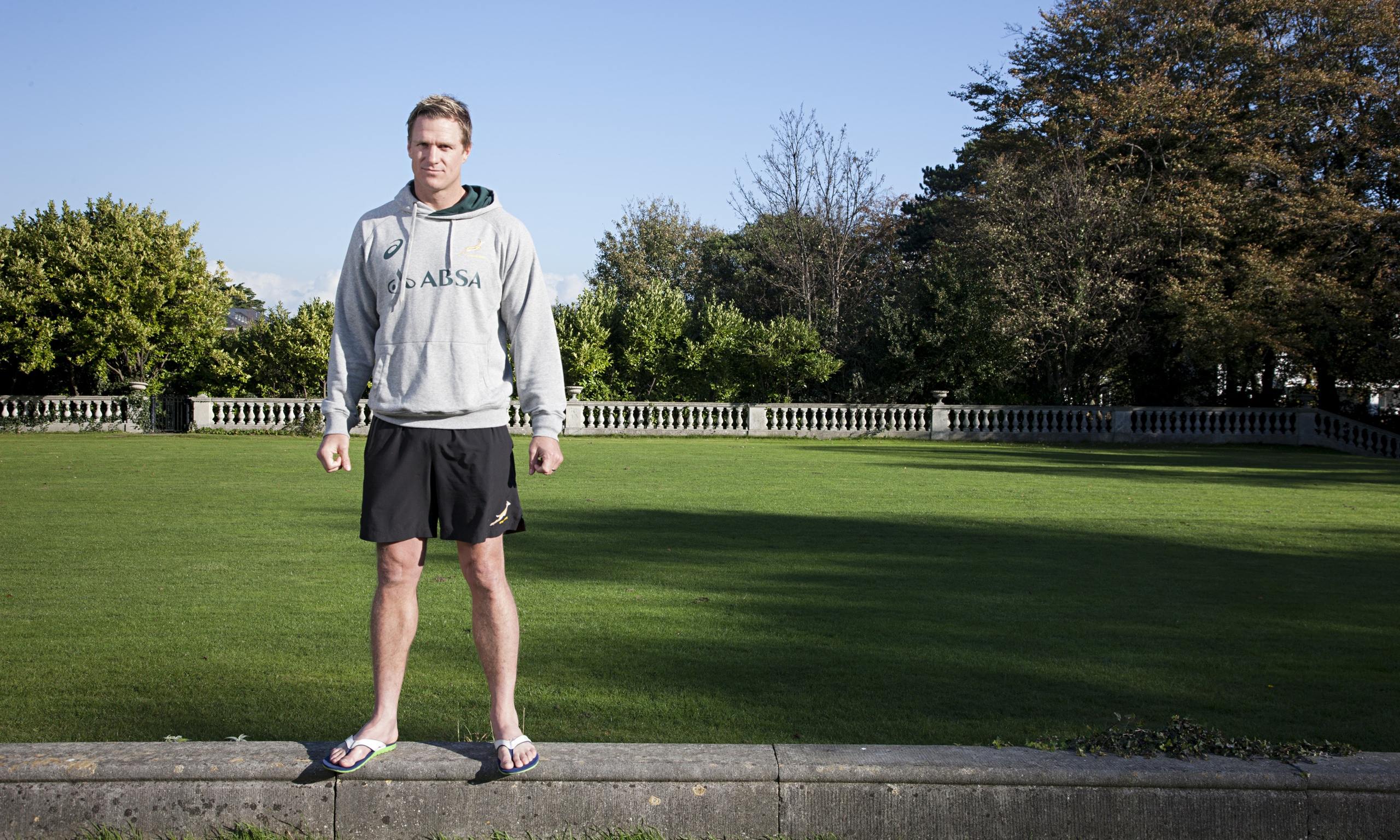 Pinnacle Point is the choice of champions

Pinnacle Point Estate can boast an impressive all-star investor team, including the likes of former Springbok captain, Jean de Villers. We recently caught up with Jean to chat about life after rugby and what drew this proud Paarlite to Pinnacle Point.

Since hanging up his rugby boots in early 2016, de Villiers is now a familiar face on the SuperSport channel, boosting the heavyweight rugby panel along with Bob Skinstad, Ashwin Willemse, Nick Mallett, Naas Botha and Breyton Paulse.

“I’m very fortunate to have had a long career in rugby, a game that has given me so much,” says de Villiers. “I’m excited to join a company like SuperSport. I’ve been so involved with rugby and this gives me an opportunity to give back to both rugby and sport as a whole.”

He adds: “It’s a totally new field and a new challenge, but it’s a nice way to stay in touch with rugby.”

De Villiers’ made his broadcast debut pitchside at Newlands in June when the Springboks lost to Ireland in the first match of a three-test series.

He remembers that it wasn’t without some apprehension. “I felt pretty nervous,” de Villiers says, “especially because I woke up sick as a dog and I was worried I wouldn’t be able to talk. But I went to the doctor and he gave me some medication and I was fine.”

“It was strange being on the other side. I would still love to be on the field,” de Villiers admits. But he adds that being on the sideline does have its perks: “What was nice is that although I was disappointed with the result of the game (Ireland beat the Springboks 26-20), that disappointment didn’t follow me home. It’s refreshing to be able to leave those feelings behind.”

For de Villiers, the switch between skipper and family man hasn’t always been easy. Before, he had to make a concerted effort to revert to ‘normal person’ mode after a game. But it’s his family who continued to give him ‘perspective’ throughout his career.

“Being a father suddenly gave me a different approach and I knew what was really important,” de Villers says. “There were tough weeks, but all you can do is try learn and grow through those situations.”

He’d like to extend this advice to new Springbok skipper, Adriaan Strauss: “If I could give Adriaan one piece of advice, it would be to keep perspective. It’s easy to feel trapped in a difficult situation, but a week is a long time in rugby and things do get better.”

Throughout the tough times, however, there have been many highlights. De Villiers has an impressive list of achievements to his name, including: South African u/21 Springbok captain, 109 caps for South Africa, Western Province captain, Stormers’ captain, winning South African Rugby Player of the Year twice, part of the winning 2007 IRB World Cup side, winning two Tri-Nations tournaments…and the list goes on.

Although de Villiers has a lot to be proud of in his rugby career, there is one special moment that stands out in his memory – the test match following his 100th cap, his 101st game for the Springboks: “We played in my hometown, Cape Town, versus Australia and we won. I scored two tries.” De Villiers’ two tries that day helped the Boks to a 28-10 win over the Wallabies in what would prove to be the last of his 24 tests against Australia.

But it wasn’t the game alone that was special to de Villiers: “I ran out with my two daughters… my wife was still pregnant at that stage with my son. So the whole family was there.”
“After the game I stayed on the field, playing with the ball with my two daughters. It was everything I love and putting it in one place – my family, the place where I basically grew up, the Springbok jersey, a win, scoring tries…it sort of just brought everything together,” he remembers.

Off the field, it comes as no surprise that de Villers’ greatest achievement is his family: “They can make it tough, but with all the love and joy you get…it’s something money can’t buy,” he says.

Sporting prowess is clearly in the genes – de Villiers’ father, Andre, played rugby for Western Province, and his mother, Louise, was a Western Province swimmer. He and his brother, Andre-Louis, played together in the WP U-19 side.

However, de Villiers professes that his golf game isn’t quite up to par. “I wish I could play more,” he says. After investing in Pinnacle Point property a number of years ago, de Villiers has enjoyed some challenging rounds of golf at Pinnacle Point: “It’s a tough course, especially when the wind blows,” he says. “But the spectacular views over the ocean make it very unique.”

And who is in this Springbok’s dream four-ball? “The great Ernie Els, Schalk Burger (a good friend of mine), and a sporting great – someone like Usain Bolt – a guy who is on top of game!”

It was the gorgeous greens of Pinnacle Point that first attracted de Villiers to this special spot. Before building even started at Pinnacle Point, de Villiers knew he’d like a piece of this paradise. “I had a look and decided then and there to invest,” he said. “It’s such a beautiful piece of land – mainly because of the view!” 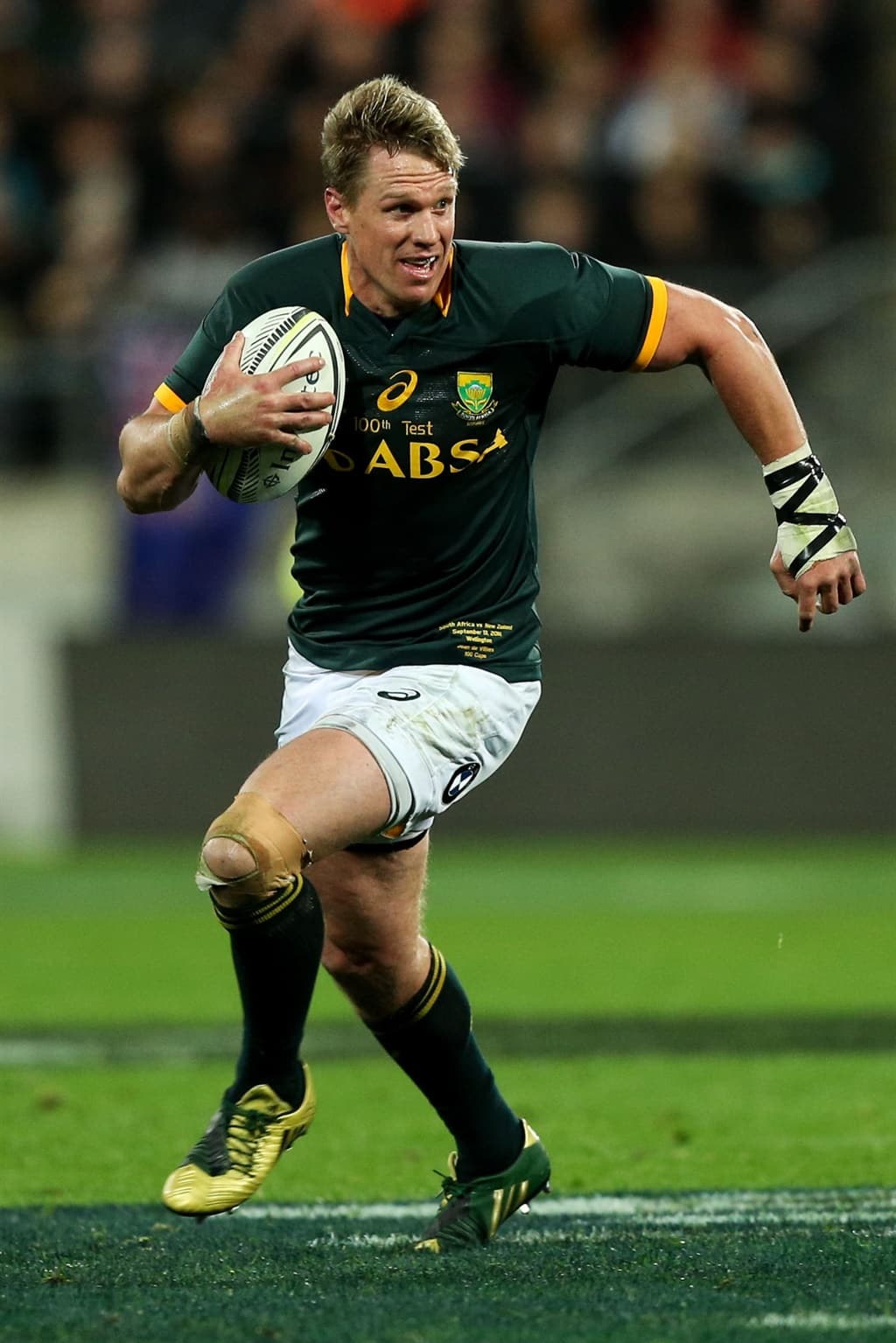